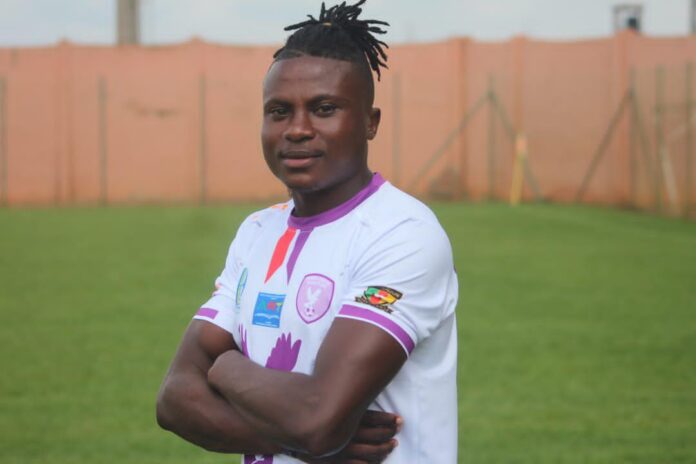 The Cameroonian attacker of Colombe de Sangmelima, Adolf Enow Nkembe gave his impressions about the restart of the Cameroonian professional championship after a long hiatus.

After an uproar about the organizing between FECAFOOT and LFPC after the period of CHAN, the championships kicked off last week. All matches took place on the first day, except for the encounter between Colombe de Sangmelima and New Stars de Douala. Scheduled for last Saturday at Annexe N1 of Yaounde, the New Stars team was a no show.

“I’m very happy to be restarting play in the championship. I have been waiting for this moment for too long, but now I’m happy. I can do my work, I can play football in my country. It hasn’t been easy for us the players because we prepared for a very long time, but I think that we Cameroonian football players are all ready. My teammates from Colombe of Sangmelima, we are ready. We trained well with our coach for more than six months. Now I’m just waiting for him to give me a chance to play. Finally, I would like to thank the authorities who sorted things out and allowed us footballers to do what we live to do,” said Enow Nkembe.

The former Las Vegas Lights (USA) player says that he is ready to score goals. During the last championship with Dragon de Yaoundé, he played 19 matches, scoring 9 goals and delivering 9 assists. His ambition is clear for this season.

“As an attacker, my ambition is to help the team by scoring goals, because our ambition is to be champions this season. To do this, we need to score goals. We know that it will not be easy but we are ready to fight for that,” Enow Nkembe said to Allez Les Lions.